You are here: Home » HS Student of the Month » David Hanan 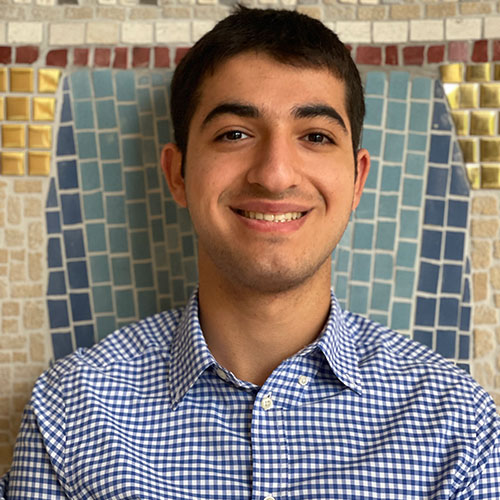 David is a lover of science and business and plans to find a way to combine the two as he moves forward in his next two years at North Shore and forward into his future.  In the science realm, he particularly enjoys the research aspect.  As a freshman, he worked with Mr. Tom Elkins on a project titled The Effect of Liquid Contaminants on the Chlorophyll Content of Brassica rapa: Climate Change Study.  Brassica rapa is a plant species growing in various widely cultivated forms including the turnip, napa cabbage and bok choy, and the project researched how substances such as pesticides and cleaners affect the chlorophyll levels of the plants.  He presented his project at the Long Island Science Congress and received the Highest Honors Award and Best in Biology Category for Plants and Animals.  David became so interested in plant research that he chose to do a research independent study this year.  He is working with Mr. Gerard Wykes on a project called Lowest Lethality Dose (LDLO) of Various Seeds When Exposed to Detergent: Climate Change Study.

Enthusiasm for all things science-related does not stop at North Shore’s doors for David.  Last summer he participated in an internship at Cold Spring Harbor DNA Learning Center that focused on recombinant DNA technology.  This coming summer he will be working at NYU as a stem cell research intern.

David says he appreciates North Shore for his many friends, the teachers, and the great choices of so many Judaic and secular offerings.  This year he is enjoying the merits of every class, what he’s learning and in particular, the fact that his entire class is together.  He has started on his AP journey with AP Psychology and AP European History and is a peer tutor in several subjects.  David enjoys being helpful and volunteers at The Friendship Circle by supervising and organizing activities for special-needs individuals to promote and enhance both cognitive and physical skills.  In the summer he does beach clean-up and is a member of the North Shore Giving Hearts Club collecting socks for donation.  David received the United States Congressional Award for Youth for outstanding contributions to the community and undertaking the values of initiative, service and achievement!

Other co-curriculars in David’s science and business repertoire include Medical Minds, Stock Market Club, Investing Club, Science Society, Science Research Club (started by his sister Rachel who is graduating this year), and Business Explorers.  David is the Founder and Editor-in-Chief of the Sci Byz Newspaper (mentored by Mr. William Muir) that focuses on environmental businesses and publicly traded companies whose objectives include environmental protection and consciousness.  He is also a staff writer for North Shore Notes and contributes articles on sports, currents events and the Dvar Torah.

On the more athletic and fun side of life, David is on the North Shore Tennis team, plays basketball with friends, swims and goes biking to clear his mind.  His favorite foods are mac and cheese (savory) and Dulce de Leche (sweet).  Favorite color is Blue – the “regular” shade.  David is a fan of Marvel movies with Shang Chi and the Legend of the Ten Rings at the top of his list closely followed by Dr. Strange.

David is that all-around great student and great guy with a sense of humor that gets others around him to feel happy and laugh along.  He was on the Headmaster’s Honor Roll as a freshman and this year is inducted into the National Honor Society.  Be sure to look for him at the Honor Roll event as he is one of Rabbi Lehrer’s Siyum Scholars this year and will have the honor of reciting the Masechet Ta’anit alongside the other nine students in the program.

When a student is recognized as Student of the Month as a sophomore, the energy behind it propels them even further along the next two years.  We are very excited for David and can’t wait to see what he will accomplish by the time he graduates!