You are here: Home » HS Student of the Month » Justin Ganjian 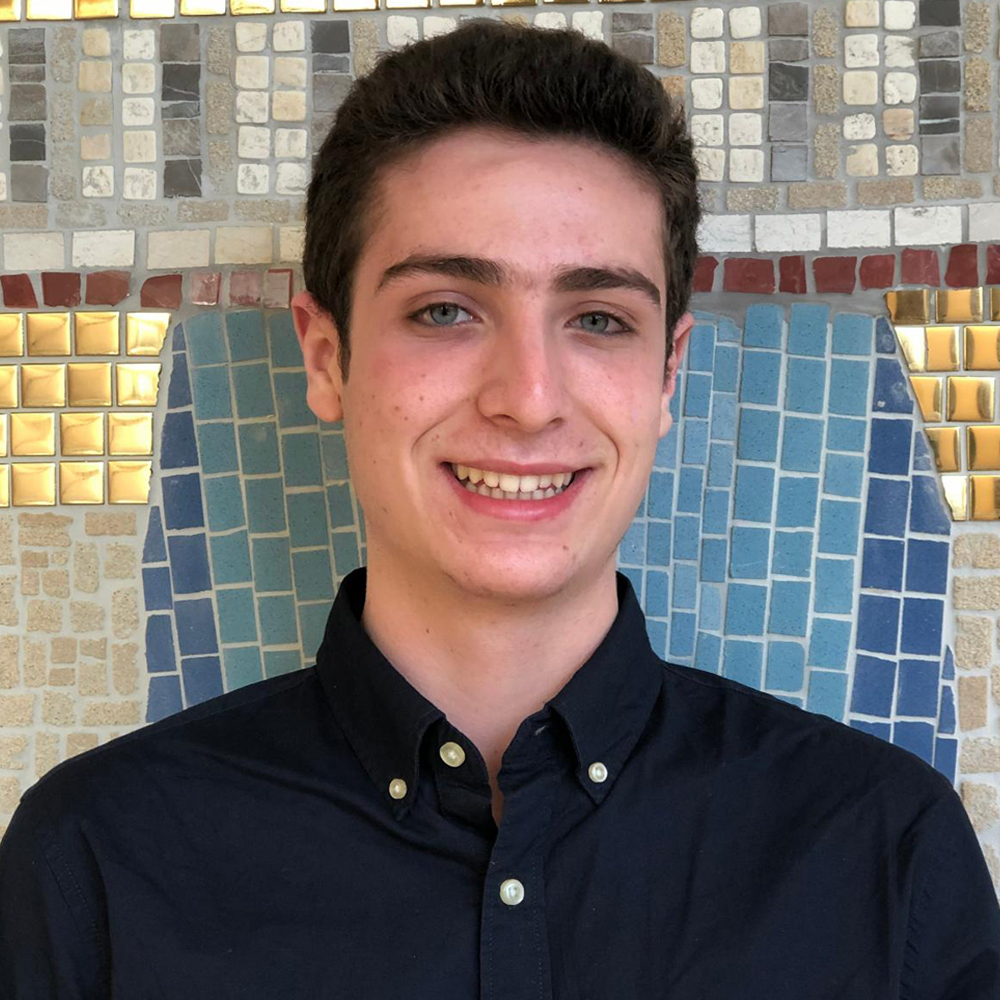 Meet Justin Ganjian, our NSHAHS January 2021 Student of the Month!

Since the time he was a pre-schooler, Justin describes his North Shore career as a “fun journey” building long-term bonds with his old friends and creating new relationships with new friends. That open and enthusiastic quality, combined with loads of school involvement, are the exact ingredients that got junior Justin Ganjian selected as the January 2021 Student of the Month.

You know how some people seem to have more than twenty-four hours in a day because they accomplish so much? They are great students, have a long list of extra-curricular activities, plus they’re the leaders and the founders. Justin is like that. He’s up to six AP classes so far and at least a dozen co-curriculars. While most of his interests lean to the business side of things, he shares the wealth (pun?) with the Tennis team, Medical Explorers, Traveling Math Team and Creative Writing Club. Anything he engages in, he does so with full commitment and a lot of passion. He is President of Science Society for the sheer enjoyment of the subject matter. Mock Trial and Model UN are part of his repertoire for public speaking and presentation skills. He also enjoys the Investing, Wealth Management and Real Estate clubs as well. There is always a well thought out method to his choices.

He admits that being Vice President of DECA is his favorite. The simulation of owning an actual business, learning how to market something and appeal to different demographics is what most appeals to him. During quarantine, he used his spare time to read books about business starting with Warren Buffet’s recommendations and augmenting with various stock, real estate, investing and economy books as well. This past summer, he took his passion for business to a new level by taking not one but three Coursera classes in financial marketing, entrepreneurship, and public speaking and negotiating. When Justin takes a path, he doesn’t walk – he runs.

Justin was scheduled for an internship over the summer that was canceled for – well you know. That didn’t stop him. He made the most of the situation and found two others. One with a real estate company to gain real world experience and see if he would like that world. The second was working with researchers at Northwell Hospital by calling recovering Covid patients to see what could be learned from their experience.

Since it does seem he has more time to work with, he spends that “extra” time serving others. Chesed is a necessary part of life in Justin’s world. He works with his sister in the program she created called “Virtual Buddies” to help elementary age kids who fell behind socially and academically. He truly enjoys inspiring them and seeing how they improve. He is a Group Leader in his Shul, a Friendship Circle counselor and helps in any way he can at the Masbia Soup Kitchen. He is also a peer tutor for the fun of it.

Justin’s mind never stops. He is vastly creative with a great imagination always working to find ways to manifest his ideas into the tangible. Justin has always wanted to be able to skateboard, so he bought three boards (one each for himself and two of his sibs). He was able to convince them to learn along with him, and he was able to fulfill that lifelong desire. He says he is not afraid to be a beginner. How is that for inspiration?

He has been playing the piano since kindergarten and loves fishing and bike riding. Justin always makes time for family and loves the close bonds they share. His favorite food is sushi and traditional Persian food prepared by his grandmother. Music is his stress reliever – Jazz to study by, Hip Hop for fun and Country for soothing sounds. He prefers pale colors for their calming effect. Home Alone movies are another favorite for a good laugh.

Justin has even been on television on the Jim Cramer show Mad Money. He entered a raffle contest by writing about what inspires him most about business and out of about 250 thousand entrants he won! Keep your eye out for Justin as he goes forward. He may have his own show one day teaching all of us how to have financial success.